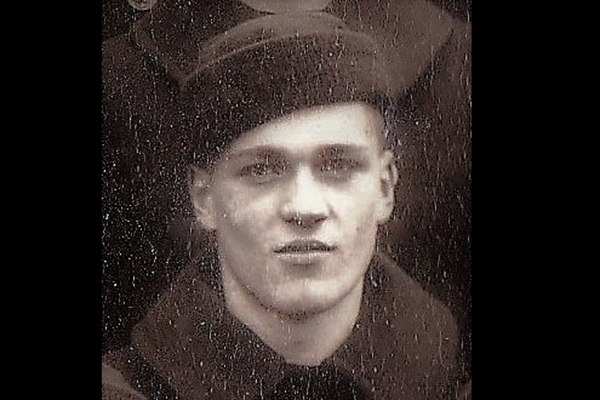 "I was the first in my family to graduate with a four-year degree and one of the first females to graduate from the Architecture School at UNC Charlotte. My dad came from Ft. Rucker, Alabama, to attend my graduation and celebrated with me.  He always encouraged me to go into engineering or architecture. I was proud of myself and happy because he was so proud of me."

In early 1942, at 16 years of age, William George O’Brien, Jr., slipped out of the Catholic orphanage that he called home during the late Depression years in Rochester, New York, and went to a Navy recruiting station. He lied about his age and joined the U.S. Navy to serve in WWII.

By D-Day, he was a veteran bosun’s mate and a crew member of a Landing Ship Tank, a large troop transport ship, as part of the Third Fleet. On the day of the invasion, O’Brien piloted a small landing craft between the LST and the beachhead. Carrying about 30 soldiers at a time, he delivered hundreds of men in rough seas to the Normandy shore, while somehow avoiding constant incoming artillery and mortar fire.

After the European invasion, O’Brien was transferred to the Pacific Theatre, where he participated in landings at Iwo Jima, Okinawa, and the occupation of Japan. He was in the first group of ships to reach Nagasaki only days after the atomic bomb was dropped.

His career spanned more than 42 years, including service in both the Navy and Army, in WWII, Korea and Vietnam.  He joined the U.S. Army after WWII and became a master deep sea diver. He attended Army Flight School in 1955 as a chief warrant officer, and he served two tours in Vietnam and a second tour in Korea as a pilot. He was rated a master Army aviator.

He earned the Combat Infantry Badge, four Purple Hearts, Bronze Stars and Air Medals. He retired from the Army in 1986 at the rank of chief warrant officer and was the second-to-the-last WWII veteran to retire from the Army. He is buried at Arlington National Cemetery, surrounded by other three-war veterans.