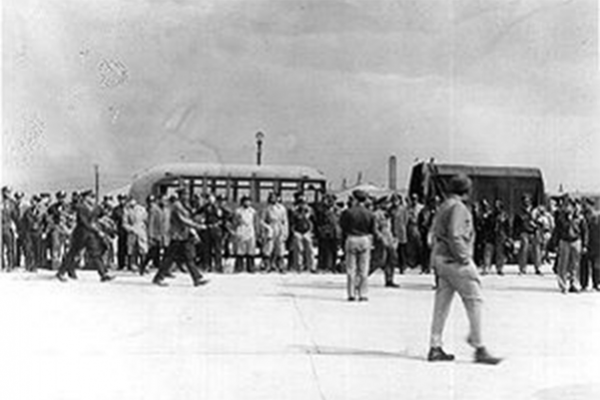 “In the last years of his life, he received an honorary doctorate from Tuskegee University (2006) and -- along with all Tuskegee Airmen -- a group Congressional Gold Medal (2007). He also attended the grand opening of Moton Field’s Hangar One as an historic site (2008). Just before his death in 2009, he attended President Barack Obama’s inauguration.”

Herndon Cummings, remembered by granddaughter Jessica James-Hill and her mother, Dr. Navita Cummings James.
As a Tuskegee Airman, Major Herndon Cummings was involved in an event that foreshadowed the Civil Rights Movement. 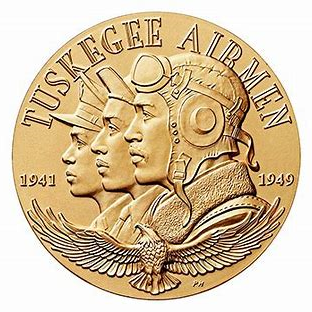 Cummings’ 477th Bombardment Group was scheduled to enter the Pacific arena in 1945, but the war ended before the group was sent abroad. However, members of the group, including then Lt. Cummings, created their own unique place in U.S. history when they staged a protest against the racially segregated facilities at Freeman Army Air Field near Seymour, Indiana, in April 1945.

Cummings frequently shared his memories of the protest, now known as “The Freeman Field Mutiny.” Cummings said that when he and other Negro officers were denied admission into the White Officer’s Club, they tried to enter the club peaceably, two by two, but were summarily arrested. Ultimately, a total of 101 Black officers were arrested. The penalties they faced ranged from dishonorable discharge to execution.  Just a few days later, President Roosevelt, who had been perceived to be a friend of the Tuskegee Airmen, died in office, and Harry Truman, a southerner, became President. Cummings said he feared the worst from Truman, but under the new President not only were charges for most Tuskegee Airmen dropped (although they did have administrative reprimands added to their records), but Truman also shortly thereafter signed Executive Order 9981, desegregating the armed forces.

One military historian claimed that the Cummings’ and the other Black officers’ actions at Freeman Field should rightly be considered one of the forerunner events of the U.S. modern Civil Rights movement.  Cummings agreed.