UNC Charlotte is one of several educational institutions founded in American cities in the wake of victory in Europe and the Pacific.These schools met new demands for higher education and provided unprecedented opportunities fueled by the GI Bill, which gave thousands of returning veterans historic access to higher education. 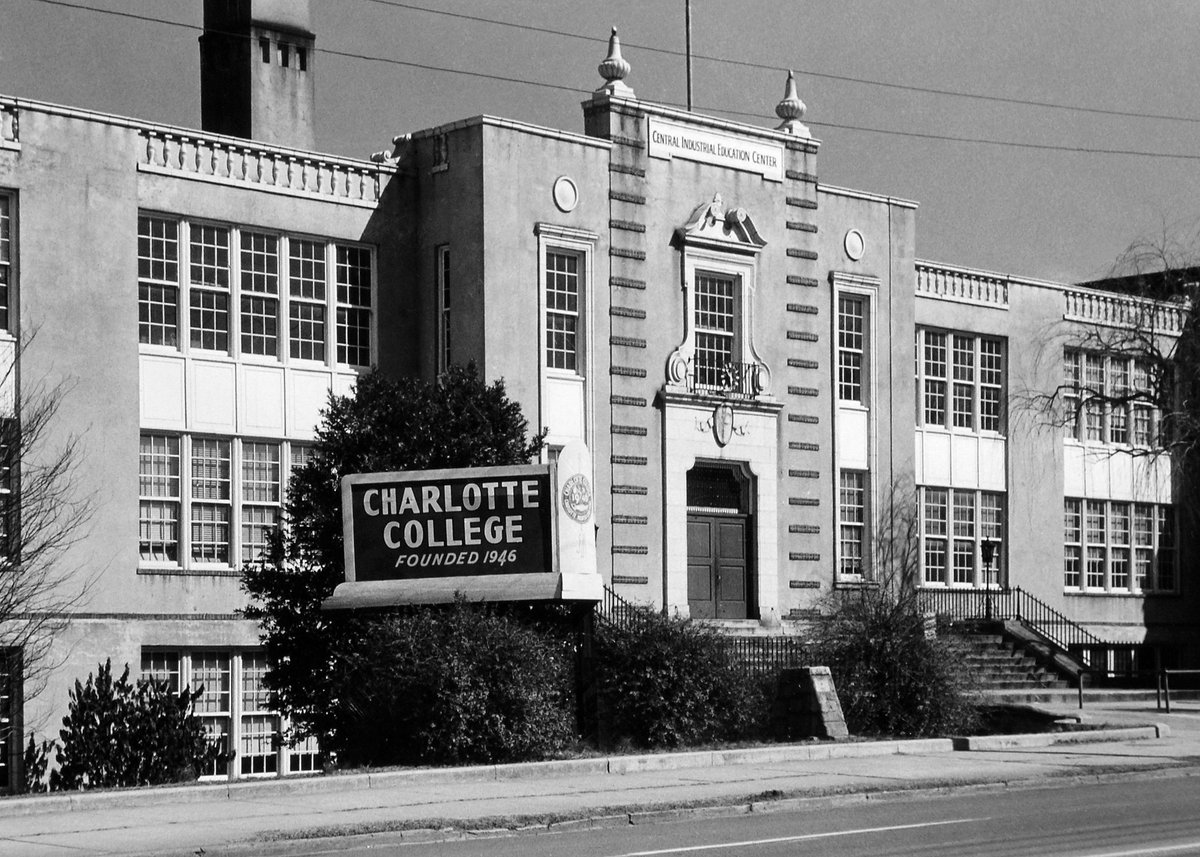 The Charlotte Center was among 14 evening colleges opened across North Carolina in 1946, led by local educator and education visionary Miss Bonnie Cone. That fall, 278 freshman and sophomore students met in borrowed space at Central High School.

When the state decided to close the centers in 1949, Charlotte’s education and business leaders moved to expand the Charlotte Center into Charlotte College, with Bonnie Cone as its director. They also launched Carver College to serve African American students in what were then still the days of Jim Crow. That same year, Charlotte voters approved a two-cent sales tax to support the college, which was later extended to all of Mecklenburg County and a dozen surrounding counties as Charlotte College drew enrollment from the entire region. Ultimately, financial support became a responsibility for the State of North Carolina. 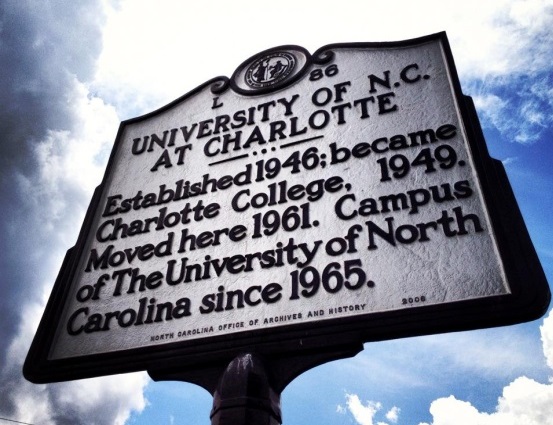 In just over a decade, Charlotte came together again to give the College a campus of its own. With the backing of business and legislative leaders, land was acquired and bonds were passed to finance facilities. In 1961, Charlotte College moved into two new buildings on what today is a 1,000-acre campus, 10 miles from Uptown Charlotte. At about the same time, Carver College became part of the Charlotte Community College System and was renamed Mecklenburg College. Still serving mostly black students, it merged in 1963 with the predominantly white Central Industrial Education Center when the North Carolina General Assembly passed the Community College Act, creating the school that would become known as Central Piedmont Community College—and new opportunities for students of all backgrounds.

Charlotte's voice from the holocaust

UNC Charlotte Professor Emerita Susan Cernyak-Spatz is a survivor of the Nazi Holocaust. During much of the time of World War II, she was a prisoner in German concentration camps at Theresienstadt and Auschwitz. After her liberation, she eventually came to America, raised a family, earned her doctorate, and joined the faculty of our University. To this day, at age 96, she continues to educate audiences on campus and internationally about the horrors of the Holocaust and her commitment to preventing history from repeating itself. Meet Professor Cernyak-Spatz in this video, in which she shares a bit about what the opportunity to educate at UNC Charlotte has meant to her, and to all of us.

Charlotte during the war:

Charlotte was smaller and quieter during World War II compared with the booming city and region we call home today. Historian Mark Wilson notes that patriotism ran high here, and that the war served as somewhat of a cultural equalizer in the Queen City. Note that Professor Wilson is speaking at Camp North End in Charlotte, an early Ford Motor Company assembly plant that served during the war as the Charlotte Quartermaster Depot, a major supply hub for military bases throughout the Southeast.

Picture a time before the Internet. Picture a time before TV, even. When radio ruled the day, Hattie Leeper, known to her audience as “Chatty Hatty,” was a pioneering voice in Charlotte radio. North Carolina’s first African-American woman on the air, Leeper recalls the special role radio played for veterans as they returned from war.

Hattie Leeper, known to her audience as “Chatty Hatty,” began her long career at Charlotte’s WGIV Radio as a teenager in 1946. She was the first African-American woman on the air in North Carolina, and she is a member of the N.C. Association of Broadcasters Hall of Fame. Here she shares some of her perspective on wartime life within Charlotte’s African-American community.

Americans in service during World War II served a nation whose deep cultural divisions were backed by law, here in Charlotte and throughout the South. Historian Mark Wilson provides some detail on segregated Charlotte during that time. Note that Professor Wilson is speaking at Camp North End in Charlotte, an early Ford Motor Company assembly plant that served during the war as the Charlotte Quartermaster Depot, a major supply hub for military bases throughout the Southeast.